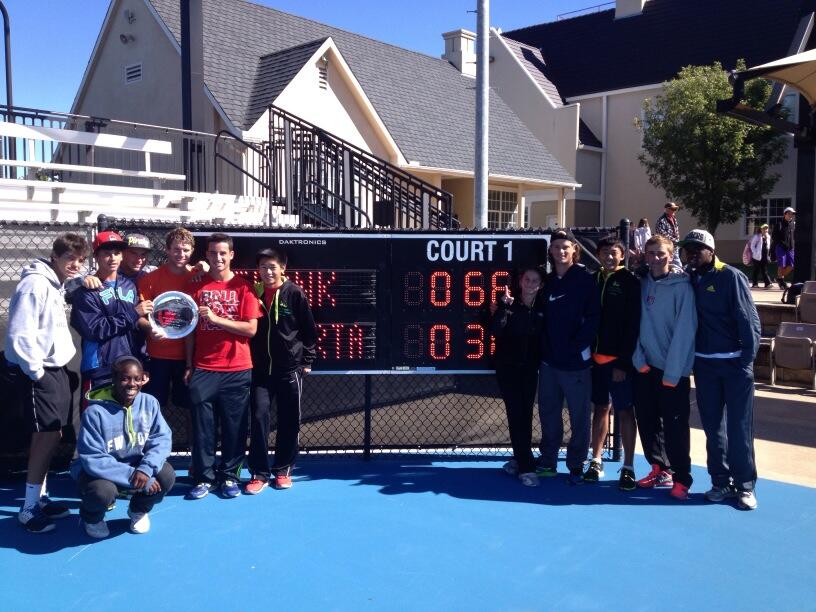 With Halloween around the bend, the results were fittingly eerie.

On consecutive weekends this month, a former and current Junior Tennis Champions Center player secured a convincing victory at a top-level tournament.  Their singles matches were dead ringers for one another as the location (Case Center in Tulsa, Oklahoma) and final tally (6-3, 6-0) were identical.

The JTCC alum, Mitchell Frank, now a University of Virginia junior, won his second ITA All-American Championship singles title on Sunday, October 6.  Frank’s challenger in the final, Guillermo Alcorta of The University of Oklahoma, was mercilessly bewitched in straight sets.

Frank became the fourth two-time winner in the 35-year history of the event.

“It means a lot to me to be a two-time champion,” added Frank.  “I was able to play great matches in the semifinals and finals to close it out.”

The current JTCC player, Francis Tiafoe, carved up his opponent Taylor Fritz in the ITF Grade B1 Pan American Closed Final on Saturday, October 12.  Tiafoe, the No. 3 seed, dispatched of Fritz in a mere 48 minutes.

“This is the best I’ve served all week,” said a spirited Tiafoe to zootennis.com.  “I was serving very well and moved him around, didn’t let him camp too much, because his forehand is crazy good.”

Tiafoe also seized the doubles title with partner Michael Mmoh, a 15-year-old from Temple Hills, Maryland.  The final match was a walkover as No. 2 seed Spencer Papa withdrew due to a back injury.