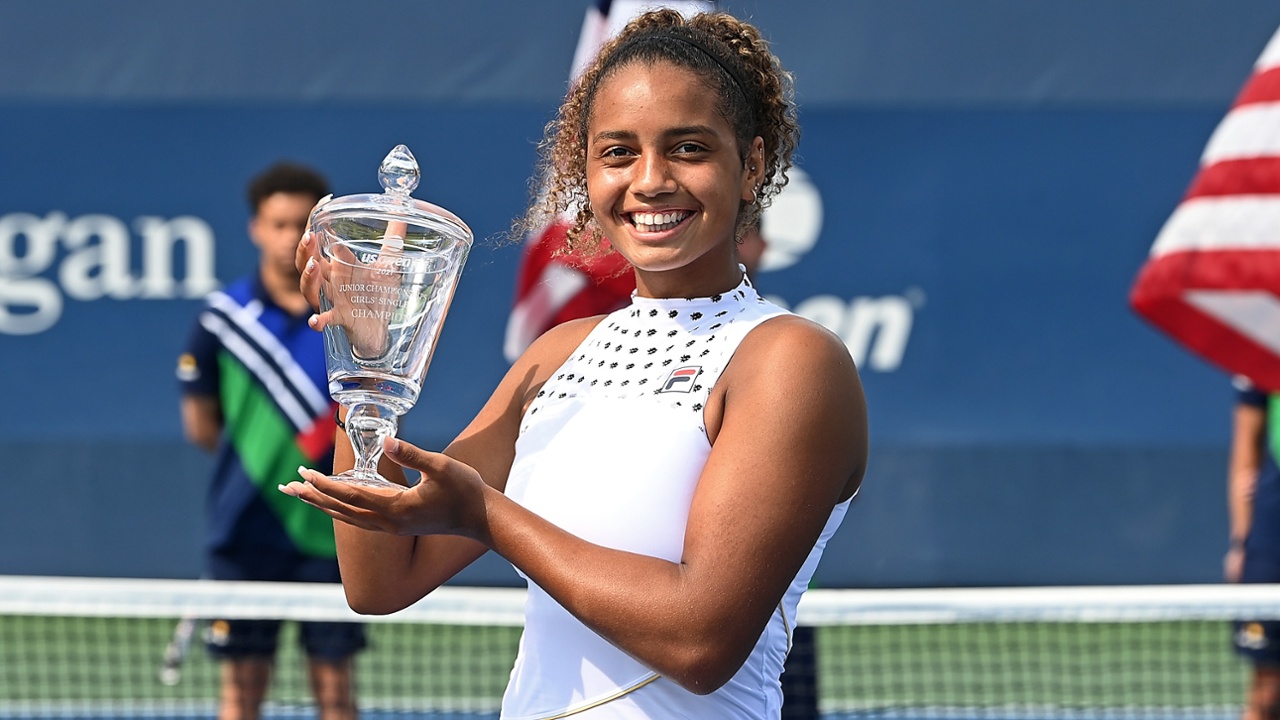 Montgomery is the first girl in JTCC history to win the coveted title and becomes the sixth American girls’ champion at the U.S Open this century.

After securing her first junior Grand Slam title, Montgomery took the court hours later to compete for the US Open girls’ doubles title.  She and Ashlyn Krueger defeated Elvina Kalieva and Reese Brantmeier 5-7, 6-3, 10-4 to win the final, making Montgomery the first player to capture both titles since Dutch player Michaella Krajicek accomplished the rare feat in 2004.

Born in Washington D.C, Montgomery was introduced to tennis through the JTCC Neighborhood Youth Outreach program as a child and turned pro at 15 in 2020.

Congratulations to Robin on this magnificent accomplishment and to all the JTCC coaches who have helped guide her along the way!