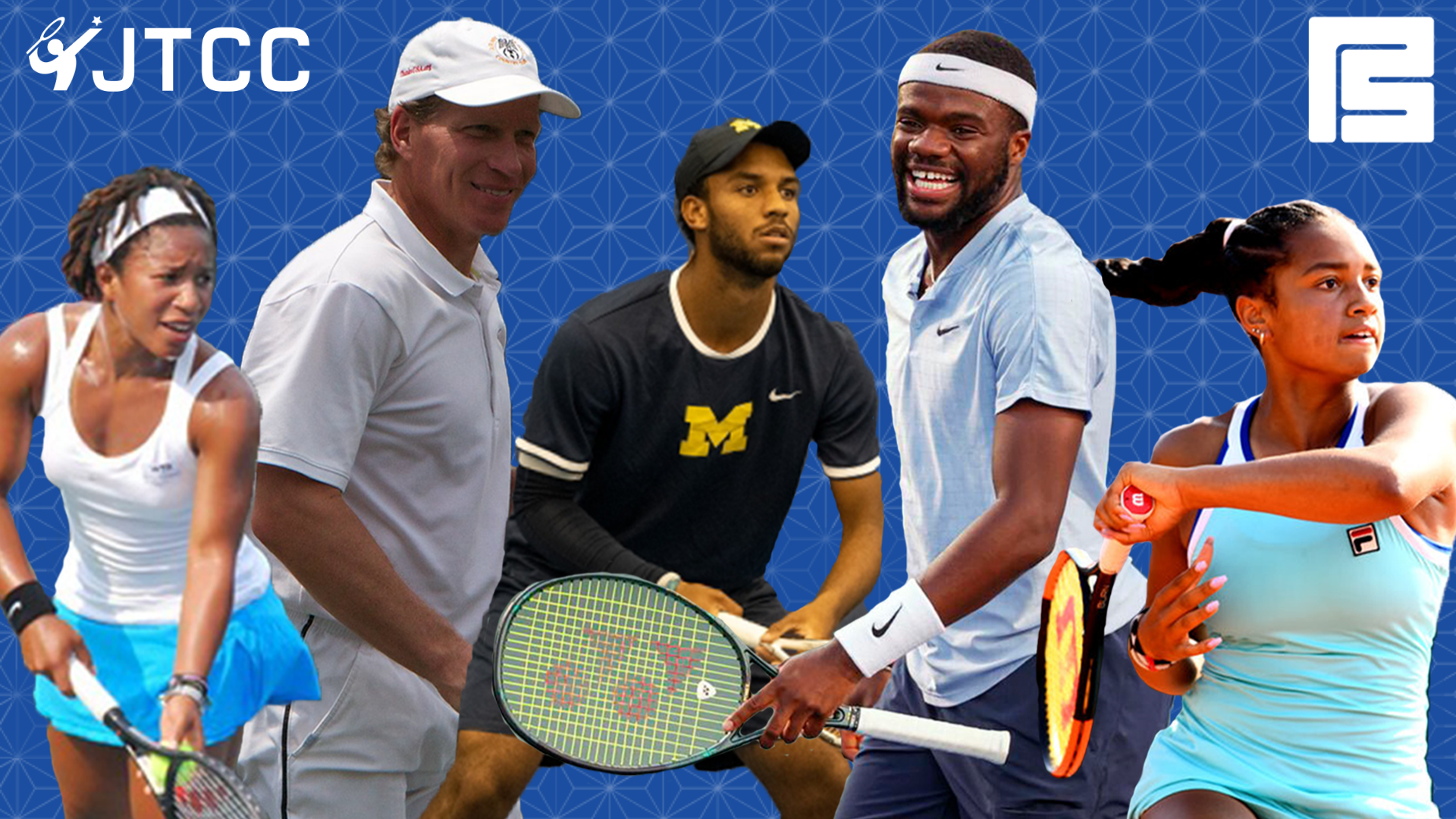 JTCC’s star-studded lineup for the Pershing Square Court Dedication includes the #52 ranked ATP player in the world, the 2021 US Open Juniors singles and doubles champion, the former world #1 and world #20 in doubles, and the 2021 USTA Boys’ National Clay Court champion, among other talented JTCC players.

Currently ranked #52 in the world, Frances Tiafoe learned to play tennis as a young boy at JTCC where his father was in charge of maintenance.  In 2021, Tiafoe has defeated three Top 10 players including world #3 Stefanos Tsitsipas, Denis Shapovalov and Andrey Rublev. Frances proudly represented Team USA at the 2020 Tokyo 2020 Olympics. The champion of the 2018 Delray Beach Open, Frances has reached the quarterfinals at both the 2019 Australian Open and Miami Open when he attained his career high ranking to date of world #29.

Robin Montgomery was introduced to tennis through JTCC’s Neighborhood Youth Outreach program. At age 17, Robin won both singles and doubles in the 2021 US Open Girls’ Championships. During her prestigious junior career, she won the 2019 Orange Bowl as a fifteen-year-old and also won the 2020 ITF Las Vegas title at age 16. Robin currently plays on the women’s pro tour.

A founding member of JTCC, Richey Reneberg currently serves on the JTCC Board of Directors. A former world #1 in doubles, Richey won both the US Open and Australian Open doubles titles and held a world #20 ranking in singles. He competed in the 1996 Atlanta Olympics and was a member of the USA Davis Cup team.  Richey played tennis at SMU where he was named a three-time NCAA All-American and reached the finals of the 1986 NCAA Tournament.

Megan Moulton-Levy is a former WTA Tour professional tennis player, who currently serves as the JTCC General Manager of Player Development. She played college tennis at William and Mary where she was a four-time Colonial Athletic Association (CAA) Player of the Year and reached the 2007 NCAA Doubles finals. As a professional, she achieved a world #20 doubles ranking. She is a current member of the United States Tennis Association (USTA) Board of Directors.

Ryan Colby is a high school senior, who is a product of JTCC, and has committed to play tennis at the University of Southern California. The #2 ranked junior player in the US is the 2021 USTA Boys’ Clay Court Champion and reached the finals of the 2021 JTCC Wayne K. Curry Prince George’s County International Junior Tennis Championships. Colby played in the US Open Boys’ draw and reached the second round.

A senior at the University of Michigan, Andrew Fenty plays #1 singles and doubles for the Wolverines. The NCAA Freshman of the Year, Andrew has been ranked Top 15 in the NCAA rankings in singles and Top 5 in doubles. He started training at JTCC at age 8 and rose to Top 10 in the world Junior rankings.

Cindy Zhao, a 15-year-old who trains at full-time at JTCC, reached the finals in doubles at the 2021 JTCC Wayne K. Curry Prince George’s County International Junior Tennis Championships.  She is the #5 player sectionally and #15 player nationally in the girls’ class of 2024. She won the Girls 18s L4 in February.

Adithya Ganesan is a high school junior who trains at JTCC. He is ranked #35 in USTA national rankings and #2 in the Mid-Atlantic Section in the Boys’ 18s division. Ganesan won the Boys’ 18s L4 in February.

Aqeela Malik is a high school freshman who trains at JTCC. She is the #1 player in her age group from Washington D.C. and ranked #29 in the Mid-Atlantic Section in the Girls’ 14s division.