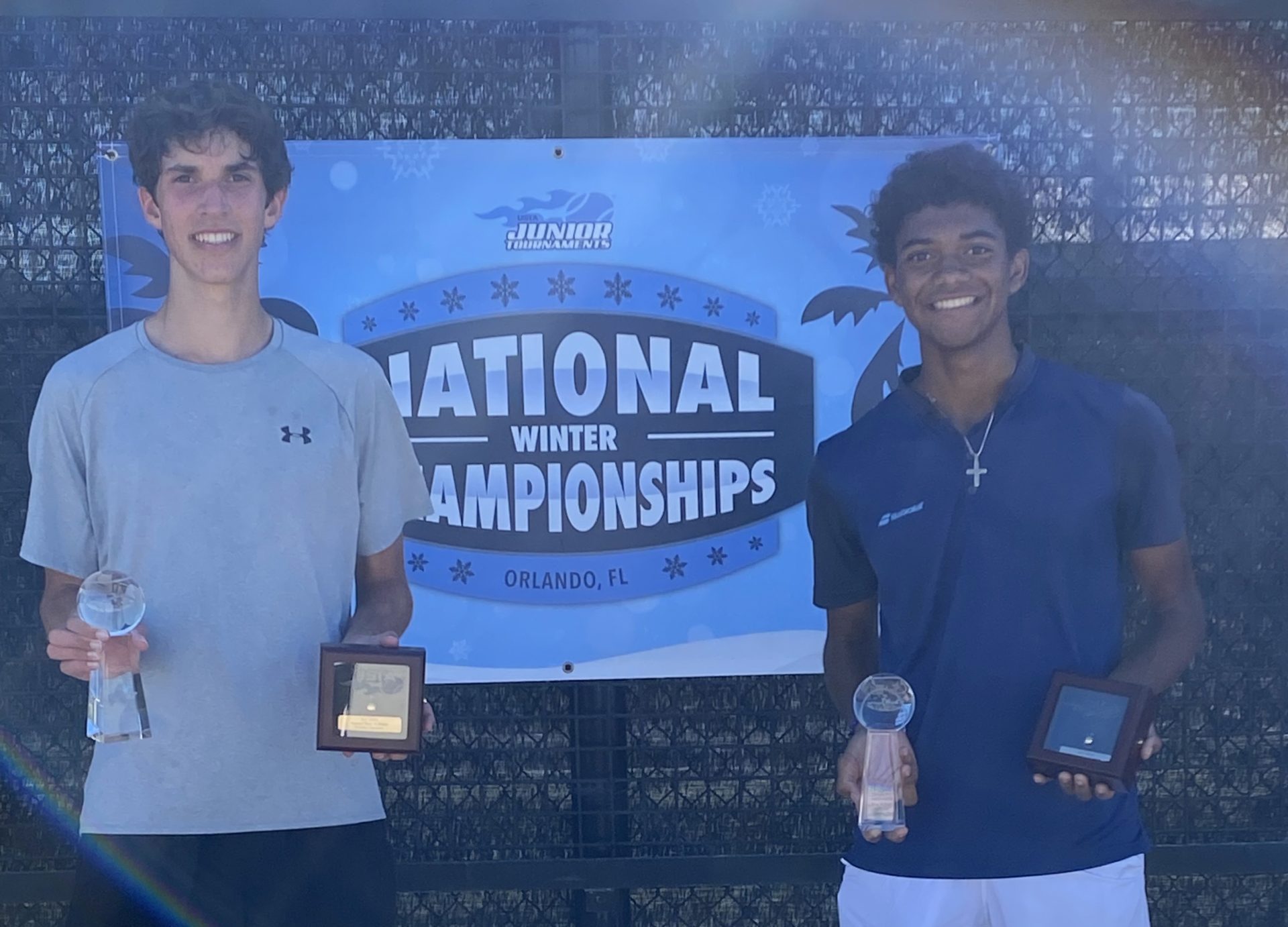 While most are focused on setting goals at the beginning of the year, one JTCC player is already achieving his. On January 3, JTCC Full-time Champs player Stiles Brockett secured his first national title, and with it the coveted gold ball hardware, at the USTA’s Boys 16’s Level 1 – National Winter Doubles Championships at the USTA National Campus in Orlando, FL.

However, the road to victory wasn’t easy. Recovering from a hip flexor injury he sustained last month, Brockett played an astounding 13 matches in six days.

“I was coming off an injury and not 100% coming into the tournament. I realized I wasn’t going to be moving my best or at my very best level physically,” he notes. “Playing all those matches was very tough, but I knew the only thing I could do was keep fighting.”

Throughout the six days, Brockett’s physical and mental toughness was put to the test. The most difficult trial occurred in the round of 16 against the No. 1 seeds Joshua Mandelbaum and Giuseppe Cerasuolo. In the match, Brockett and Barber battled back from a one-set deficit to win in a thrilling tiebreaker 4-6, 6-2, 10-6.

“Winning my first gold ball means a lot to me but just like I have to have a short memory about my losses, I have to have the do the same thing with my wins,” remarked Brockett. “My goals for 2022 are to keep improving every day and have the confidence that I can play for and win more gold balls in the future.”

JTCC President Vesa Ponkka is thrilled by Brockett’s significant milestone victory but isn’t surprised by his outstanding performance. “On behalf of the JTCC family, we are extremely proud of his latest achievement. Stiles is establishing himself as one of the top players in the nation. We all are looking forward to helping him reach his goals for this year and the long term.”