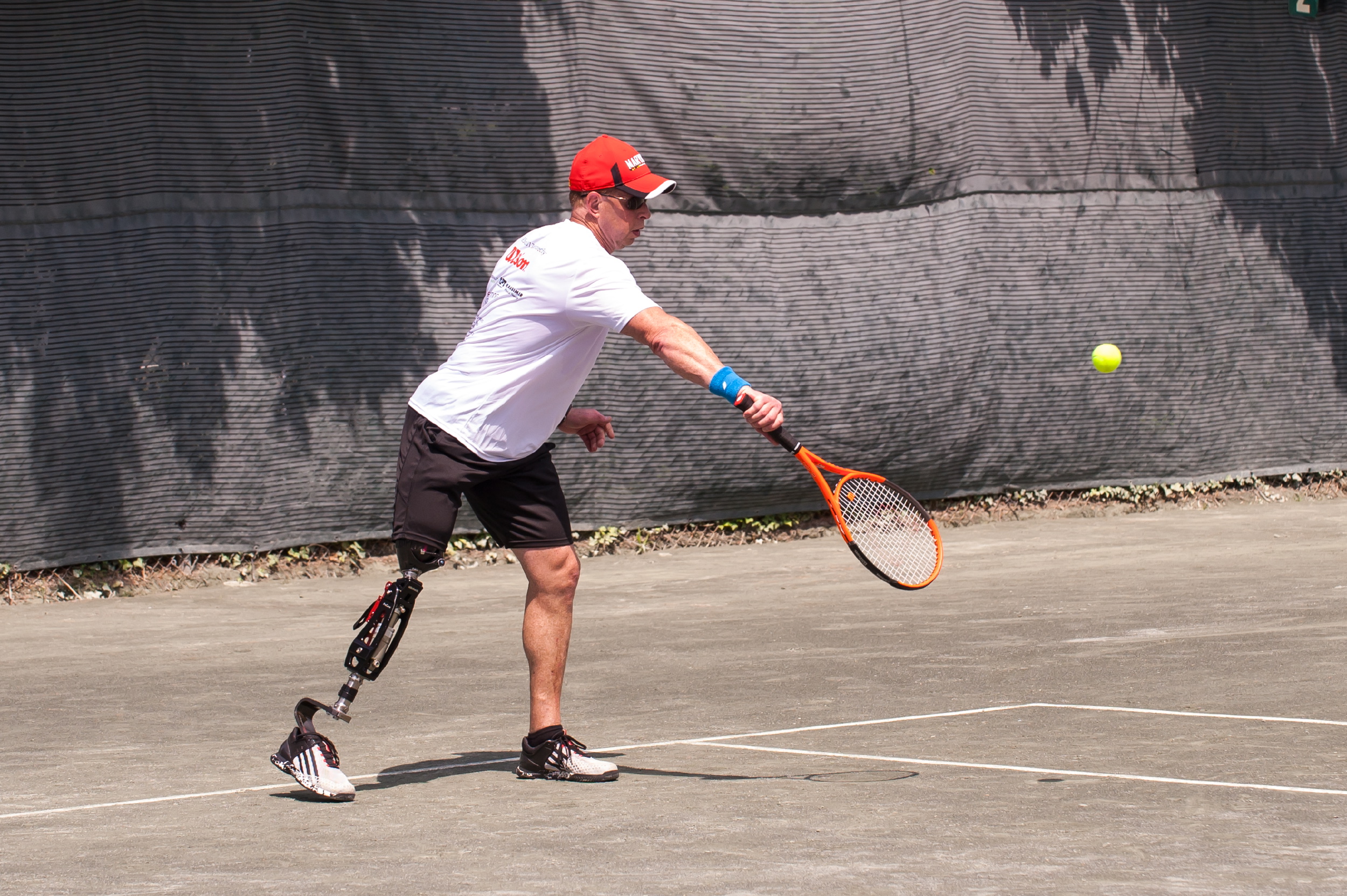 A JTCC member since September, Richard Herskovitz’s story is one of inspiration and courage.

In 2005, Herskovitz fell ill and was diagnosed with necrotizing fasciitis, an extremely rare infection. With only 500 known cases annually in the United States, Herskovitz’s condition ultimately required multiple amputations below and above his knee in the four years following his initial diagnosis. A former professional bodybuilder and recreational tennis player, Herskovitz’s life completely changed, but his perseverance never wavered.

“I had my family. I had my friends. What got me through was that I was a father and I had no choice,” explained Herskovitz. “I was self-employed. I owned my own store at the time and if I didn’t work, I didn’t get paid, and I had my responsibilities to my family.” 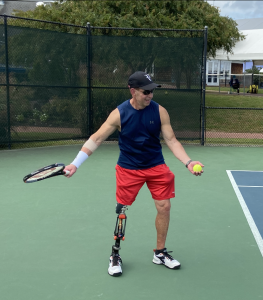 What advice does Herskovitz offer to people about overcoming adversity?  “That you just do what you have to do,” he declares. “You just get through it. Losing a leg to me, I’m not mad about the experience. It happened. It had to happen, and you can never go back. So you go on with life and you do what you want to do. Sometimes you have to do things differently, but you don’t let it stop you from doing anything.”

“Where Rich’s determination to excel will take him likely has no bounds,” said Ponkka.”I am so proud to work with him and see his personal progress and dedication.”