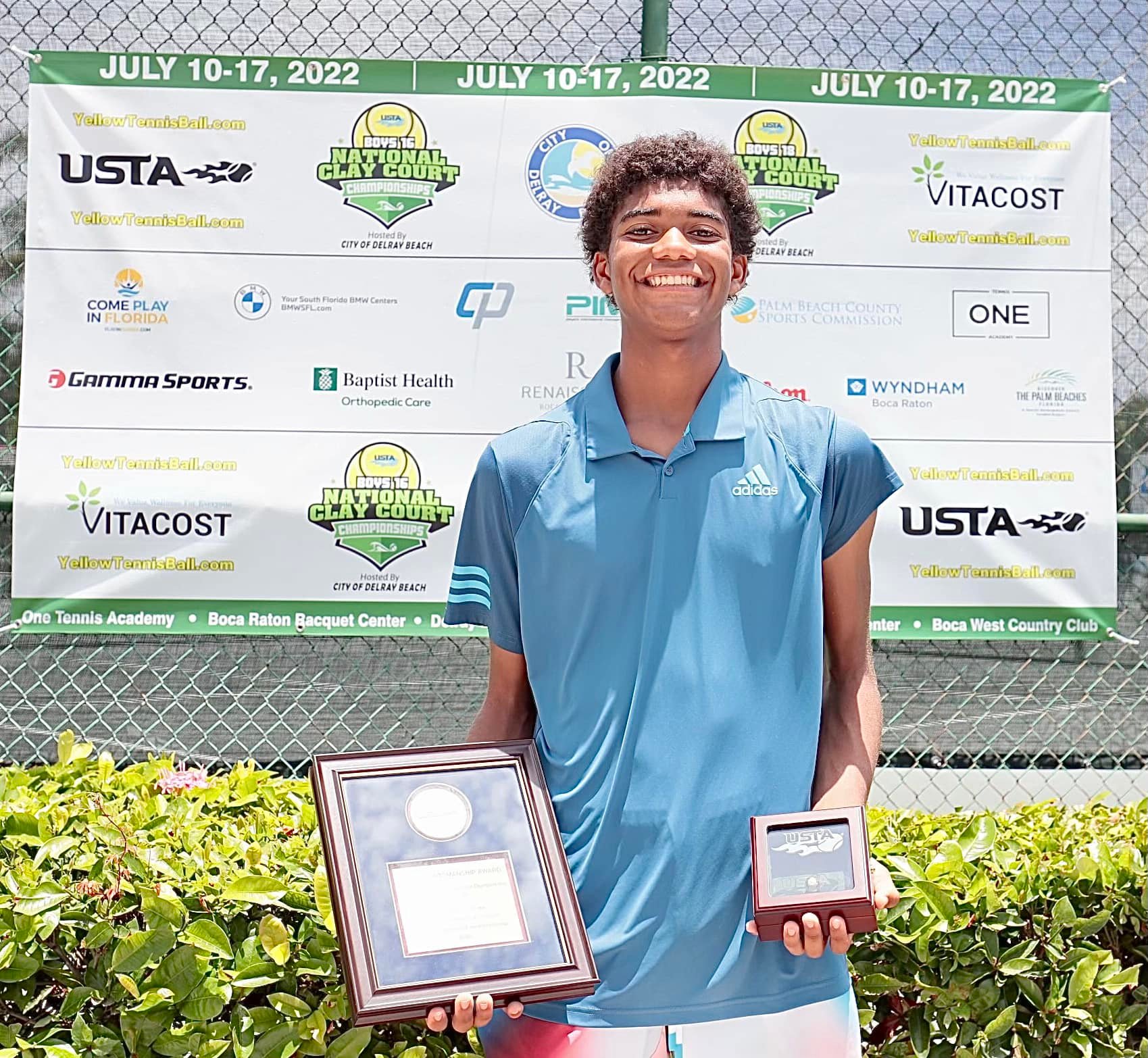 “Winning a Gold Ball in doubles was huge, but winning in singles is more special because it is something I have worked very hard to achieve,” Brockett exclaimed. “The biggest thing though is I cannot relax now. I must keep my head down and keep working hard to get a couple more golds in the future.”

Brockett didn’t drop a set in his final three matches and cruised to a 6-1, 6-3 victory in the championship over fellow five-star prospect Mikel Anderson from Hillsboro Beach, Florida.

At this event last year, Brockett won nine matches in the back draw after winning only one in the main bracket. JTCC Senior Director of Player Development Oliver Akli noted how Brockett’s hard work and determination helped propel him from last year’s performance. Competing in seven grueling matches in seven days to claim the title, Brockett knocked out six seeded players to earn the championship.

“Everybody was impressed how Stiles played this year. The USTA coaches were surprised how much work we did with him from last year to now,” Akli said. “I was happy with how Stiles competed this year. He beat a lot of outstanding players and was more disciplined in his play.”

Before claiming victory in the championship match, Brockett defeated the number two seed, Ian Bracks, in the semifinals. After leading 6-3, 5-2, Brockett staved off Bracks’ comeback attempt and prevailed 8-6 in a thrilling second-set tiebreaker.

“Stiles played a very good tiebreaker in that semifinal match,” JTCC Senior Director of Player Development Ali Agnamba recalled. “From there, once again, Stiles raised his level of play into the final.”

“Overall, we had a great time at Nationals,” Agnamba proudly stated. “Even the kids that didn’t win any medals won many matches and played well. Hopefully, this can carry them to earning hardware in the future, and I hope they feel the same way.”