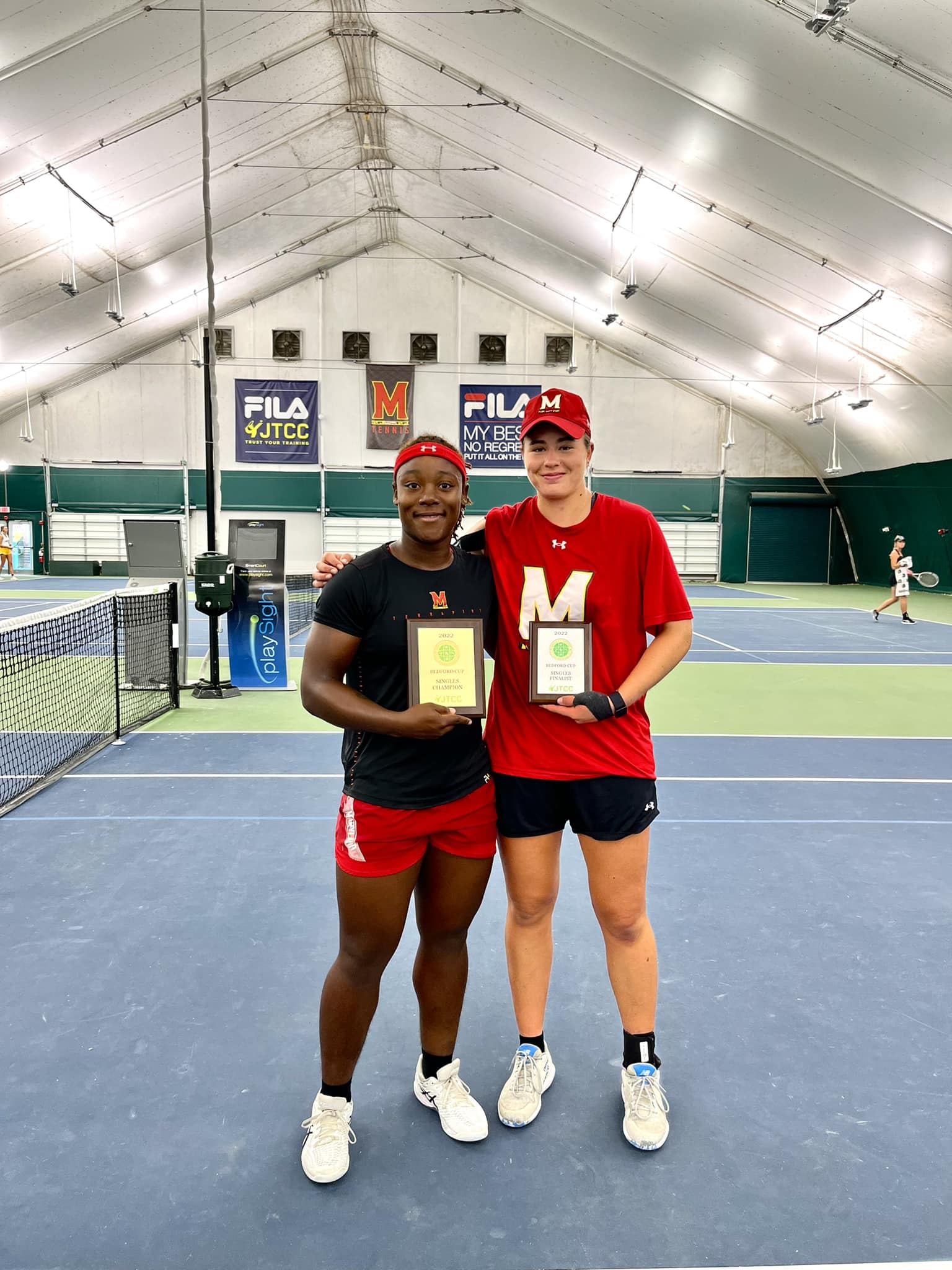 Finalists in each Flight earned plaques for their strong performances, while everyone received credentials and event T-shirts to remember the event.

The University of Maryland was well-represented with three players competing in singles finals and one team qualifying for a doubles final.

Mary Brumfield topped Jojo Bach 7-5, 6-2 in a battle of Terp teammates in the Flight B singles final.

Miranda partnered with Bach and fell in a tightly-contested 6-3 Flight A doubles championship match to Wiesemann and Gabriela Giraldo of George Washington.

JTCC alumna and Morgan State freshman Lauryn Hall earned a plaque for her efforts in making the Flight B doubles draw final.

The Bedford Cup continues to be supported through the charitable donations of the Edward T. Bedford Foundation. JTCC looks forward to hosting the event in 2023!