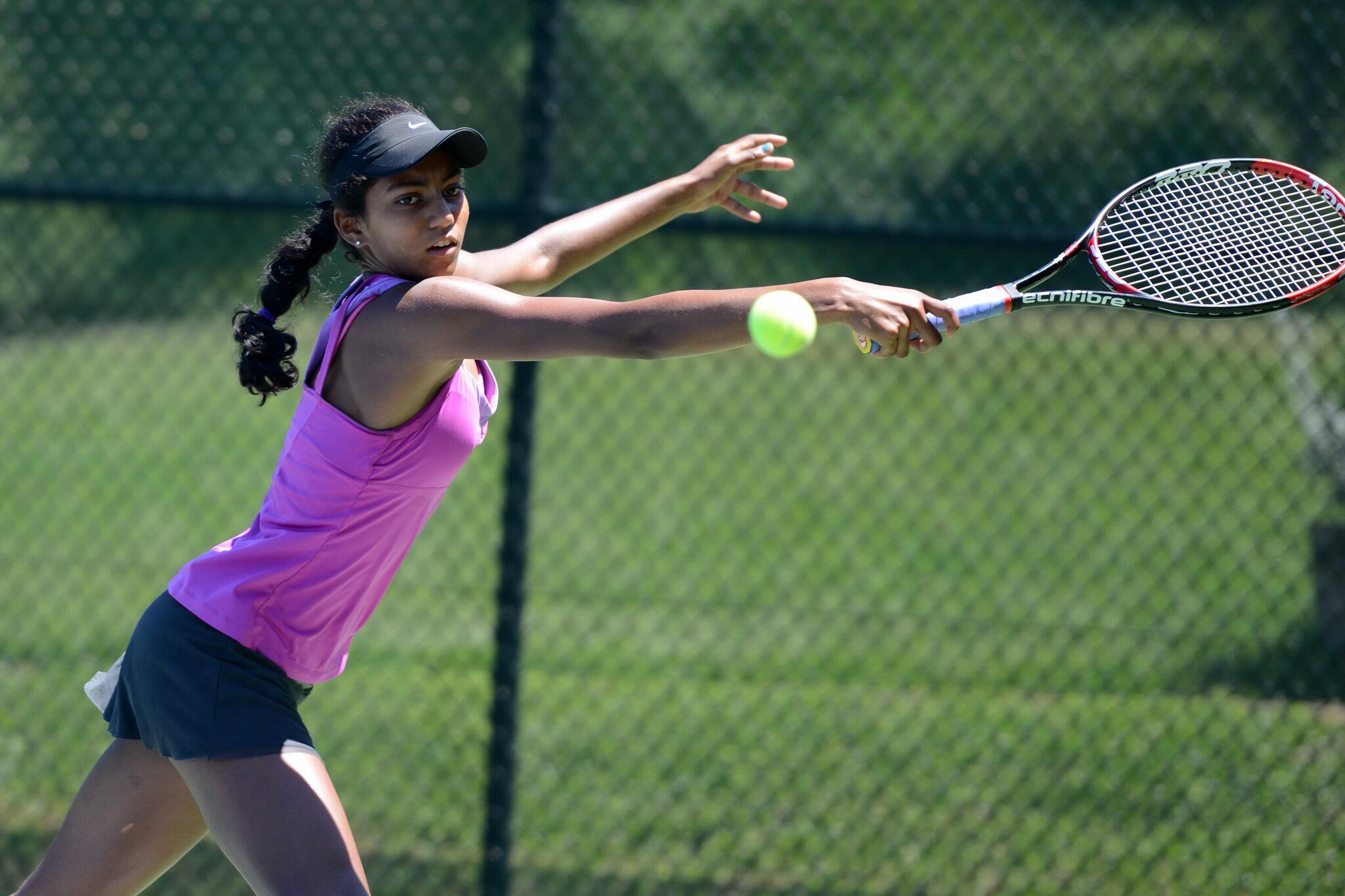 In the end, experience won out.

“I was really nervous even when I woke up today,” said Nika. “I really wanted to win.  I was tight throughout the entire match.”

Nika, a cagey and resourceful veteran, asserted her will early on in the contest.  Once she tallied a 4-1 lead in the first set after two early breaks, she did not cede control.

The third game of the second set was the turning point in the match.  Down 2-1, Raveena was on serve and up 40-15.  Nika clawed back and forced three deuces.  A backhand long on ad-out cinched the pivotal game for Nika.