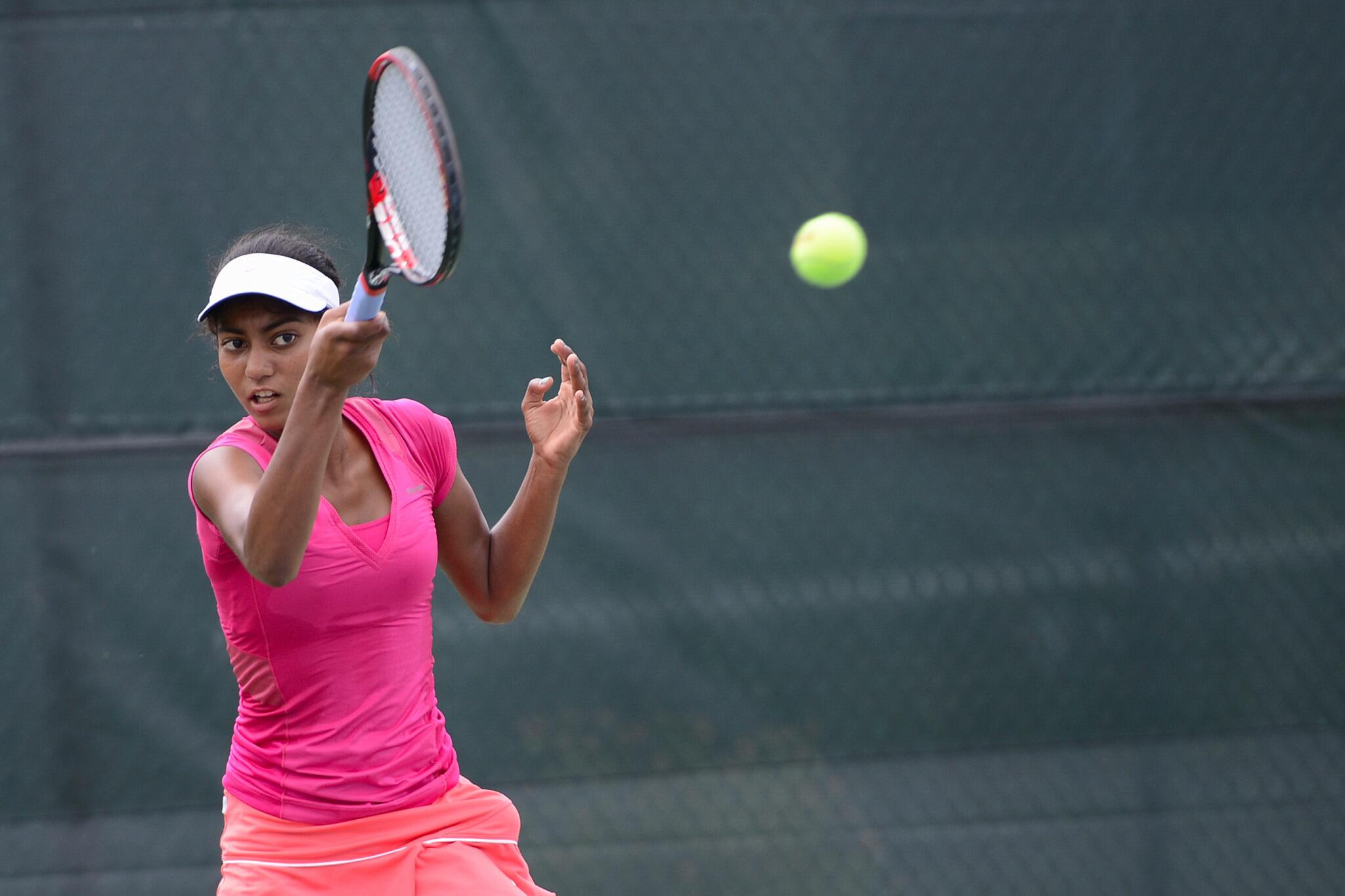 Besides thunderous thumps of the racquet, the second indoor bubble at the Tennis Center at College Park was eerily quiet.  If you walked in off the street, you would not know a spot in the Women’s Finals of the US Open Mid-Atlantic National Playoffs was at stake.

It was the antithesis of the matches that are beamed into our homes.  No flamboyant fist pumps.  No strident self pep talks.  No flailing of the racquet into a wall in disgust.   No berating of an official after a controversial call.

It was a pure, and frankly refreshing, brand of tennis.

Yesterday morning, No. 2 seed Amanda Rodgers and Junior Tennis Champions Center player Raveena Kingsley played a throwback match.  It was all about their performance on the court instead of the extracurricular activities (search Sergiy Stakhovsky, iPhone and French Open) that sometimes mar today’s game.

And the performance was stellar.

In the first set, the quiet assassins went back and forth holding serve until Raveena was broken in the eighth game.  Amanda closed out the set with a 40-30 hold.

The second frame featured Raveena racing out to a 3-0 lead before Amanda rallied.  In seemingly no time, the score was knotted at 6 apiece.  Raveena pulled out the tiebreaker with a deft touch and precision backhands.

The decisive set accented the players consistency as the semifinalists traded holds in the early going.  But once Raveena barreled ahead after breaking Amanda at 2-2, she did not squander the opportunity.  Up 5-3 and on the second deuce point, Raveena pushed Amanda to the brink.  After an exchange of baseline lasers, Raveena sliced a crosscourt backhand that nicked the outer service line at a preposterous angle.  On ad-out, Amanda narrowly missed a forehand long to end the match.

A concealed smile that washed away after a couple of fleeting nanoseconds.  It was a muted jubilation that fittingly mirrored her even-keeled demeanor and play.

Raveena will play No. 1 seed Nika Kukharchuk for the title today at 1:00 PM.

Patrick will take on defending champion Matt Brooklyn in the final today at 11:00 AM.