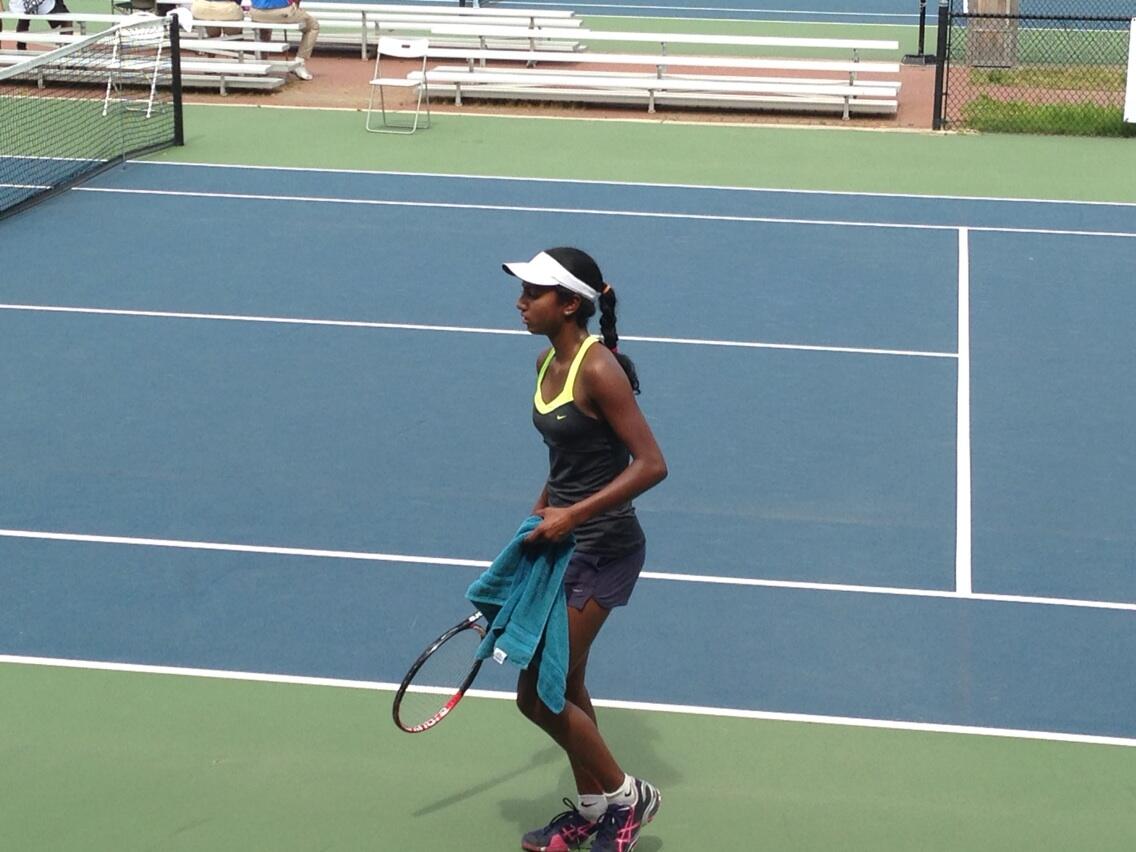 Raveena Kingsley will take on No. 2 seed Amanda Rodgers today at 9:30 AM

Before torrential rain and gusty winds moved in, there was plenty of high-octane tennis on display at the Tennis Center at College Park as part of Day 2 US Open Mid-Atlantic Playoff action.

Two JTCC players have advanced to the third day of the tournament.  Day 3 will commence with four Men’s Quarterfinal matches at 8:00 AM.

Through three matches, Evan has ceded a total of one game.  Evan will play Scott Huang in a Quarterfinal match today at 8:00 AM.  Scott is a rising sophomore at the College of William and Mary.  He played the No. 6 position for the Tribe last season.  Prior to college, he was rated as a four star recruit and was ranked No. 109 nationally, No. 2 in Virginia and No. 19 in the Mid-Atlantic.

After dispatching the 2013 NC State and Tar Heel Qualifier 18 and Under Champion Eric Nagy, Kyrylo stood tall in a match against 23-year-old Patrick Daciek.  Patrick has garnered $4,000 dollars on the professional circuit, mainly in doubles play.

Before a Quarterfinal match up with fellow JTCC player Jada Robinson, Raveena ousted Stephanie Wetmore.  Stephanie graduated from UCLA in 2008 and was a standout doubles player on the women’s tennis squad.  As a junior, Stephanie was ranked No. 2 in Canada and in the top 100 internationally.  Raveena will play the No. 2 seed Amanda Rodgers today at 9:30 AM.  Amanda is a rising junior at Syracuse University.  Last season, she earned All-Big East Team honors by compiling a 28 and 12 record.  As a freshman, Amanda was 15 and 1 in singles play.