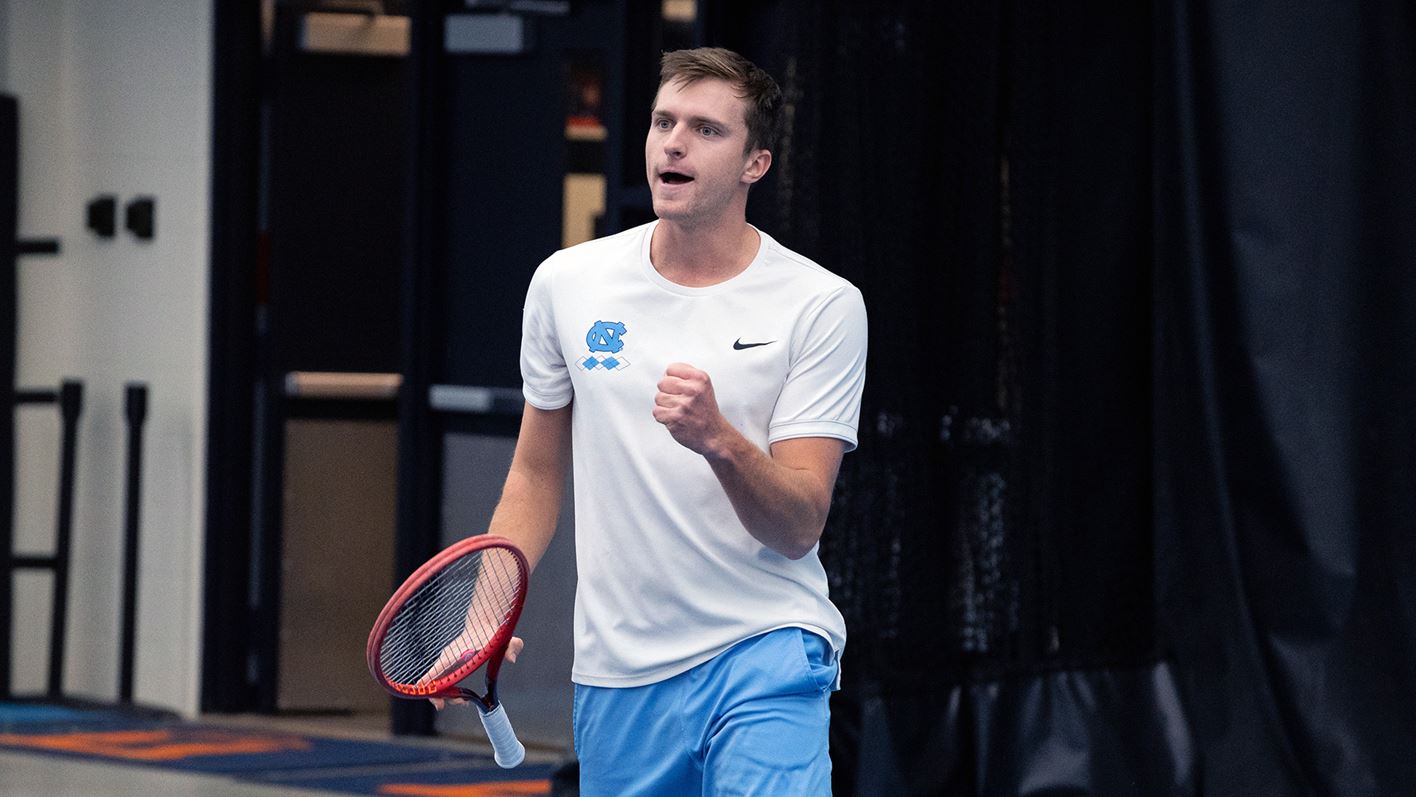 JTCC alumnus Brian Cernoch secured the victory for the University of North Carolina over Baylor in the 2021 ITA DI National Men’s Indoor Championships in February with a 7-6 (3), 7-5 victory at the No. 4 singles spot. This is the second time the Tar Heels have seized the title in the past five years. 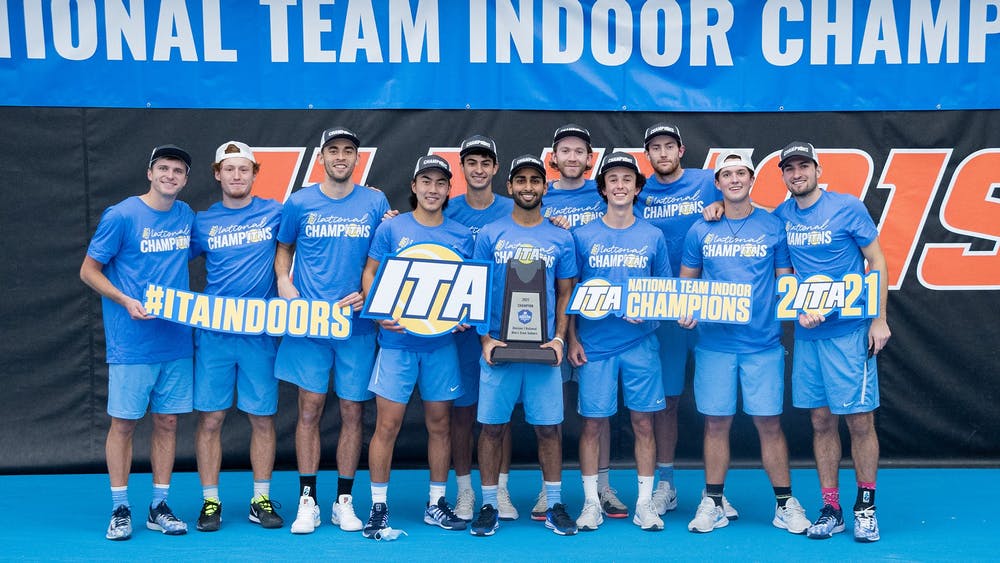 Cernoch went undefeated the entire tournament in both singles and doubles and clinched every match for the Tar Heels, earning him the tournament title of Most Outstanding Player.

The tournament began with UNC’s speedy victory over the No. 7 Tennessee Volunteers, sending the message early to rival schools. The No. 2 seed Tar Heels faced a tougher challenge in the semifinals with stiff competition from the No. 6 Virginia Cavaliers. The Tar Heels found themselves down a quick 2-0, but rallied together to pull off a 4-2 victory, with Cernoch clinching the match and sending his team to the Championships.

“I had full belief in the entire team that we were going to come back and pull it off,” declared Cernoch about the team’s semifinals match. “We are going to be the last team standing.”

The championship match versus the No. 4-seeded Baylor Bears started out strong for the Tar Heels after quickly securing the doubles point. The singles matches proved to be more contentious, but the team fought to 3-1 with Cernoch’s match coming to a close. When UNC’s No. 4 line saw opponent Nick Stachowiak’s ball go long during match point, he let out a scream, and the Tar Heels stormed the court, gathering around him in celebration.

“It’s huge for us,” Cernoch said. “All year, we have been talking about, ‘We want to do it for the fifth-years and for the seniors,’ you know, get that title for them. We came up just short last year, and I know that’s why they came back this year.”

Cernoch is not the first JTCC alum to earn the title of Most Outstanding Player. He follows in the footsteps of University of Virginia’s Michael Shabaz, who received the designation in 2010.

Brian Cernoch trained at JTCC from 2013 to 2017, boasting an illustrious junior career before signing to play DI tennis.