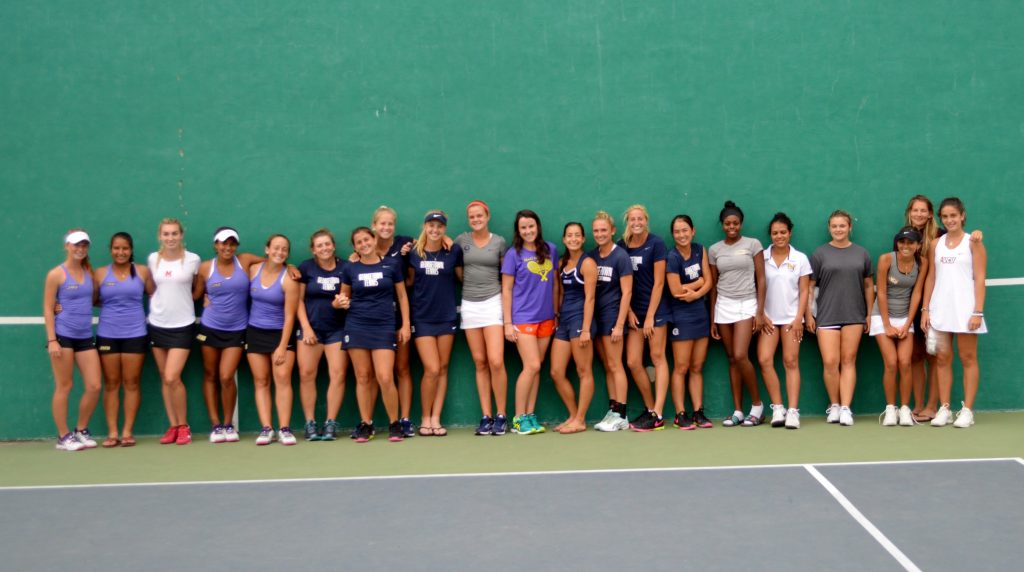 The Bedford Cup started in 2011 thanks to charitable donations from the Edward T.Bedford Foundation and had previously featured the top collegiate male and female players from all 11 NCAA Division I tennis programs in Florida. The previous winners include Olivia Janowicz, two-time NCAA champion and three-time SEC champion, from the University of Florida. The foundation was established in 1994 by E.T.Bedford Davie, an accomplished tennis player at Yale University, in honor of his maternal grandfather. Edward T.Bedford was a successful businessman in the oil industry and an outstanding athlete during the late 19th and early 20th century. Bedford was passionate about the development and success of young people and as a result the foundation particularly aims to assist organizations which primarily support children and young adults.

This year thanks to Ronald Fick and the board of the Bedford Foundation the tournament expanded outside the sunshine state with the women’s only event in Maryland involving 31 players from six Mid-Atlantic Division I colleges. The staging of the event at JTCC also marked the first time any edition of the Bedford Cup has been held away from a college site. The USTA Regional Training Center welcomed teams from Coppin State University, Georgetown University, George Washington University, The University of Maryland, James Madison University and Virginia Commonwealth University.

“We are delighted to be the host venue for the first Bedford Cup Mid-Atlantic Championships,” said JTCC CEO Ray Benton. “One of JTCC‘s priority objectives is to support and build college tennis. We want young tennis players to realize their potential and compete for Division I schools such as the ones who participated over the course of the event.”

Twenty-one-year old and #4 seed Guibe was the dominant player in the singles draw as she won all of her matches without dropping a set. She faced Georgetown’s Risa Nakagawa (#7 seed) in the final, who came through successive three setters against Suillvan (UMD) and Rachel Nelson (JMU) to make the championship match. Guibe’s all round game was too much for her nineteen-year-old opponent as the Noisy-Le-Roi, France native prevailed 6-2, 6-4.

“The inaugural Mid-Atlantic Bedford Cup was a huge success for all of the teams. I would like to take this opportunity to thank the Bedford Foundation and JTCC for hosting a great event. Anytime we get to compete against high level competition in the fall we become a better team from the match experience,” explained JMU Head Women’s Coach James Bryce. “Timea played excellent on the final day playing 2 very tough opponents. This is her senior year and she is determined to make her best. Going into the final we had a chance to chat about a game plan since Rachel Nelson had just played a long 3 set match vs Risa that morning. Timea was able to stick to the game plan which helped in the tighter moments of the match. I am looking forward to continuing on a successful start to our fall and returning to JTCC next year.”

On the doubles side the local pairing of Williams and Suillvan, both 19, justified their standing as the top seeds by easing their way to the final for the loss of only two games. JTCC alumnus, Williams’ heavy groundstrokes combined perfectly with Suillvan’s strong net play. Their opponents at this stage were due to be Casey Marx, 20, and Sophie Barnard, 21, from Georgetown but unfortunately the Hoyas’ team were unable to participate handing Maryland the title in a walkover finals victory.