T.J. Bellama was a first generation player as he came to JTCC when the facility was founded in 1999. He graduated in 2004, going on to play at Arizona State University initially on a partial scholarship that he parlayed into a full scholarship by his senior season. He continued his education by receiving a Doctorate Degree in Physical Therapy from Northern Arizona University. He has worked with top 100 ranked professionals and leading players in other sports in injury prevention and performance enhancement. Currently, he is a physical therapist for Endurance Rehab in Scottsdale, AZ.

Taka Bertrand achieved a Top 10 rankings in the USTA National Girls’ 12s, 14s, 16s and 18s before attending Vanderbilt University (Class of 2008)  where she won the most singles matches in Vanderbilt history,  was named 2007 Second Team All-SEC, 2006 SEC Player of the Year and first Team All-SEC, 2006 Amateur Athlete of the Year, and 2005 SEC Freshman of the Year. She started training at JTCC in 1999 and is now Director of Women’s College Recruiting and a Senior Coach at JTCC.

Elliott Bisnow was ranked #35 in the National Boys’ 18s.  He attended the University of Wisconsin before starting his career as a successful entrepreneur. He is the founder and CEO of the Summit Series; co-founder of Bisnow Media Corporation and the Get Well Soon Tour; a venture partner at Learn Capital; and a founding board member of the United Nations Foundation’s Global Entrepreneurs Council. http://www.inc.com/30under30/2009/profile_summit_series.html Bisnow trained at JTCC from 2002-04.

Brooke Blackwell trained at JTCC from 2004-2008, receiving full funding to help her through her training. In 2007 and 2008, she was named Most Valuable High School Player and was selected in the Washington Post’s All-Met Team. She went on to attend George Mason University on a full scholarship where she graduated with a Bachelor’s Degree in Psychology and Social Studies. She’s now a Captain in the U.S. Army.

Trice Capra , played for Duke University (Class of 2015), trained at JTCC from 2001-08. With a breakthrough performance reaching the third round of the US Open in 2010, she reached a career high WTA ranking of #204 in 2010 and #10 in ITF junior rankings in the same year. She was the 2010 Italian Open Junior Champion and reached the quarterfinals of the French Open and US Open Juniors. In her freshman year at Duke, she achieved an ITA Ranking of #2. She was hired as Yale’s women’s tennis assistant coach in September 2018.

Luca Corinteli is a team member of the University of Virginia (Class of 2017) and continues to practice at JTCC whenever he is in the Washington, DC area. He began his JTCC training in 2004 and won the USTA Boys’ 16s National Clay Courts in 2011. He was also a finalist at the Easter Bowl and Kalamazoo in 2013 and played in the French, Wimbledon and US Open Junior Championships. He is a three-time NCAA Team Champion with UVA. Luca is a business development specialist at Challenger, Inc, a commercial transformation program organization focusing on sales and marketing.

Mitchell Frank led the University of Virginia (Class of 2015) to two NCAA National Team Championships in 2013 and 2015. He was the #1 ranked College player as a freshman and won the 2011 ITA All-American and ITA National Indoor Championships.  He was the first College freshman in history to win both titles and went onto capture the ITA All-American title for the second time in 2013. Prior to attending UVA, he reached #3 in the USTA National Boys’ 18 rankings and #5 in the ITF rankings. He was an Orange Bowl finalist in 2008 in the Boys’ 16s. He started training at JTCC in 2006 and still practices here while playing on the ATP Tour. He entered his first season as a volunteer assistant coach for George Mason’s men’s tennis team in 2017.

Cale Hammond works for Tennis Channel as the Programming Coordinator, as well as their Social Media Coordinator. All live events on Tennis Channel Plus are scheduled and executed by him. Cale was a five-star recruit when decided to play at Duke University. At one point he was ranked #1 in Oklahoma and trained at JTCC from 2009-10.

Treat Huey is the all-time doubles winner leader for the University of Virginia (Class of 2009) where he was All-ACC from 2005-09. His outstanding intercollegiate record has translated into an ATP world ranking of #18 in doubles in 2016. He trained at JTCC from 2000-04 culminating his junior career as the 2004 Easter Bowl Champion in the Boys’ 18 Doubles and achieving a USTA National #1 Boys’ 18 ranking.

Tara Iyer was ranked #1 in India in Girls’ 12, 14, 16, and 18 and achieved a #42 ITF ranking. At Duke University (Class of 2009) she was the 2009 ITA All-American Champion and 2009 NCAA Team Champion. Her career high ranking on the WTA is #340. She has won four professional tournaments and was a member of the India Fed Cup team. She earned a PhD in Economics from the University of Oxford, where she went on to work as the Council of Economic Advisors at The White House. She transition out of that role, into her current position as a consultant at the Asian Development Bank (ADB).

Kyle Kliegerman trained at JTCC full-time for a year after graduating from Princeton in 2001. He went on to work in the financial industry before becoming a Founder and Managing Partner of Seven Six Capital in Jan. 2018 where he currently works. While with Princeton he was named team captain and the Ivy League Senior of the Year.

Hai-Li Kong shared the Jack Barnaby Most Valuable Player award at Harvard University (Class of 2016) in 2013 as a freshman. She trained at JTCC for 10 years from 2002-12 achieving a USTA National Top 10 National Ranking in Girls’ 14 and 16 and a #2 Mid-Atlantic 18 ranking. She was ranked in the top 5% academically in Montgomery County upon graduation from Winston Churchill High School.

Denis Kudla is the first JTCC player to achieve a top 100 ATP singles world ranking. He reached #53 in 2016. He elected to turn pro following a spectacular year in 2008 he was the USTA Boys’ 14s National Clay Court Champion, 2008 Orange Bowl Boys’ 16s Champion, 2008 Junior Davis Cup World Champion, 2008 USTA National Championship Boys 16s Singles and Doubles finalist and reach an ITF junior world ranking of #3. While competing as a professional, he was also the 2010 US Open Junior finalist. More recently he represented Team USA at the 2016 Olympic Games in Rio de Janeiro.

Skylar Morton, who trained at JTCC from 2003-11, was the No. 2 national college recruit and first chose UCLA (Class of 2015) for the combined tennis and academic experience. In her freshman year, she achieved an ITA ranking of #11 in doubles. She then decided to transfer to the University of Virginia. The 2010 Easter Bowl Champion and US Junior International Grass Court Champion, she was also winner of the USTA National Girls’ 18 Doubles.  She achieved a top 10 national ranking in the USTA Girls’14, 16, and 18s. In 2009, she was the Target Challenge Champion, at Arthur Ashe Kids’ Day, Finalist.

Shaun Nguyen has spent more than a decade immersed in JTCC’s culture as he trained at the facility from 2004-2013 and now holds a full-time position as the Assistant Director of Tennis Growth. He’s a graduate of Towson University with a Bachelor of Science in Sports Management and is actively pursuing his Master’s Degree in Sport Management at Georgetown University. Through his position, he works on JTCC marketing initiatives and is a Professional Tennis Registry (PTR) certified coach for junior and adult programs.

Olga Poutchkova, who has achieved a career-high #32 WTA world ranking and has played for the World Team Tennis World Champion Washington Kastles squad, trained as JTCC in 2005-06 and 2009.  She held the #1 ranking in the Girls’ 12 ITF world junior rankings and was the 1999 Eddie Herr International Girls’ 12 Champion. She holds five WTA career titles.

Michael Shabaz held the USTA National #1 ranking in the Boys’ 12s and 16s and was the 2005 Wimbledon Juniors Doubles champion. A member of the University of Virginia Class of 2011, he trained at JTCC from 1999-2001. Michael Shabaz has a career high ATP ranking of #394 and he is still active on the professional ITF tour.

Vera Zvonareva was ranked #2 in the WTA world rankings and reached the singles finals at both Wimbledon and the US Open in 2010. She trained at JTCC from 2002-03 before winning the 2004 US Open Mixed Doubles and the 2006 Wimbledon Mixed Doubles titles. She also won Grand Slam women’s doubles championships at Wimbledon and the US Open. She was Orange Bowl junior champion in 2000 and 2001. In 2008, she won the Olympic Bronze medal. 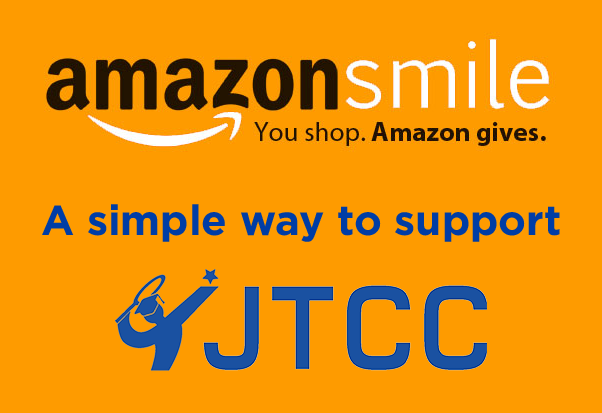